Nizhny Novgorod (formerly Gorky) to Zavidovo. Largely transit as sadly the last two tests had to be cancelled as they were on government land and the govt wanted to play war games or some such. However we had a fun test first thing at the N Ring (easier to manage as a brand than the Nizhny Novogrod Ring!) which is a tight twisty circuit ideally suited to small nimble cars. So we didn’t exactly set the world on fire. But it was a blast. Particularly fun was watching the vintage cars hussling around! Then onto the road for 600km transit to Zavidovo, just north west of Moscow. Sensibly we aren’t going into Moscow. As it was we got stuck in traffic for a total of 40 minutes and but for some judicious use of the kerbs, we might still be there! Sadly today Gidget’s starter packed up. Prolly didn’t like all the clutchless starts last week. So we decided not to pull it out tonight but have a hoist organised (hopefully) for tomorrow evening in St Petersburg. When I will also fettle the clutch just a tiny bit more. Otherwise she’s going well and we had a smooth day today (apart from the moment when we took to the verge to avoid an oncoming bus - another day for that one!). Today’s photos include a local motorcycle side car, more glittering churches, the view from the hotel in Gorky, our tiny room, Lenin, him photoing me, and Giles on podium, footage from the N Ring etc 😀😀 Speak soon. 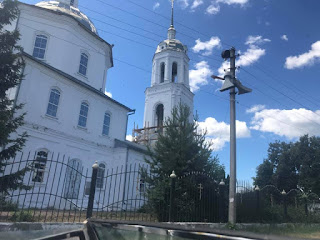 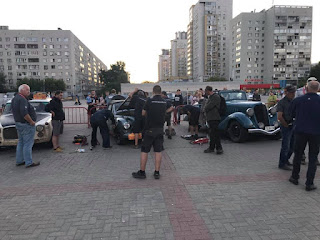 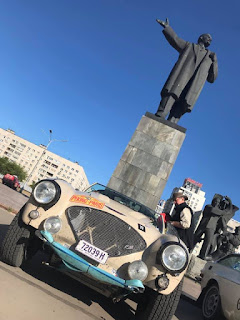 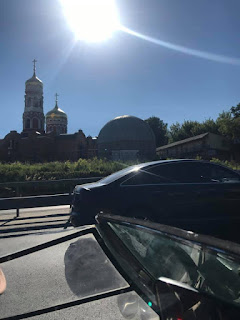 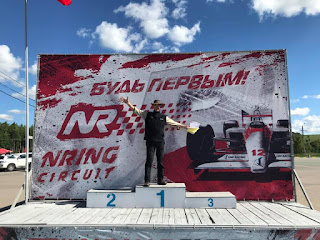 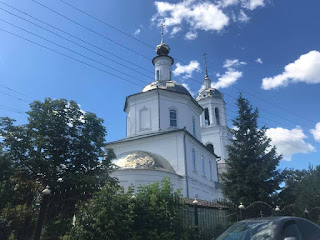 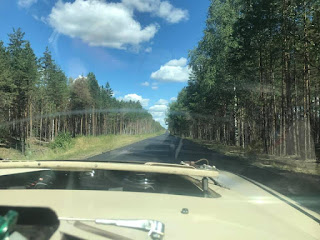 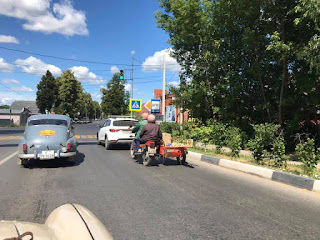 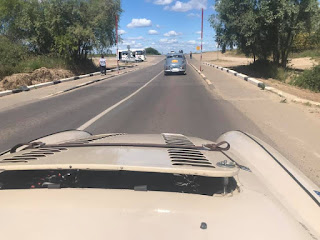 Here's the same link as yesterday in case you missed it - it covers yesterday today and tomorrow
Posted by Ashton at 17:00