No video footage from today, so you'll have to imagine and enjoy the photos from my phone!
Early start had me at the garage before they had really woken up, so I had time to rally the right members of the team, get the car up on a hoist having loosened the wheels, and got the first chap working on replacing the headlights. Once he was going, I dropped the bash plates off and we flattened them back out with a large hammer and a LOT of noise, and then the spring man was back, having sourced a pair of robust looking main springs, which he planned to cut to length, and hot rivet and weld the rolled ends off the existing springs. Sounds simple? Not so much, as the hardened steel of the springs resulted in several broken drill bits, and a long and time consuming process to drill the 12 holes needed, fit and press the rivets, and weld the seams.
Meanwhile, I was changing all the fluids, and discovering that one of the steady bars for the gearbox had come loose, lost one bolt, and the second had evidently removed any remaining thread from the gearbox housing. After much too-ing and fro-ing, we found a suitably large and industrial looking bolt, a tap of the correct thread, and soon enough we had the new bolt in place. I suspect the lack of the second one is immaterial, but no doubt I'll be proven wrong!
Finally I refilled all the fluids, refitted the bash plates, and using two strips of the alloy we had from the bumpers, pop-rivetted across the cracks in the bodywork at the front to try to stop it getting worse. With that, and a final photo opportunity (and obligatory sticker on the back of the car!) I headed off, $600 lighter of pocket, but with a pair of smart new headlights off a Vaz 4x4, and our excellent new springs, which have increased the ride height by about four inches! Out to dinner with John and Marian, followed by a leisurely wander through some lovely old streets, and so to bed :) 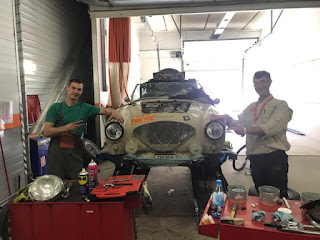 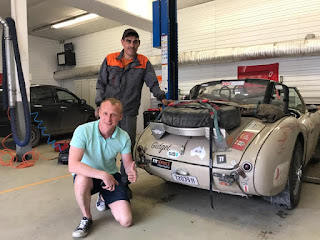 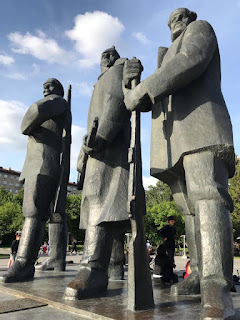 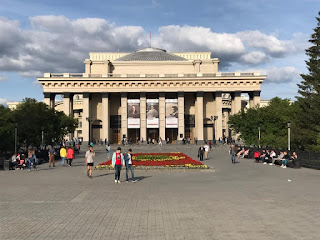 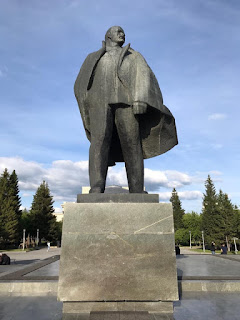 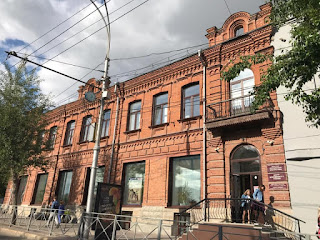